Hello everyone!  I hope you guys have been having an awesome summer.  Sorry for the delay in writing but we have been busy making memories.  Seriously this child has had me on the go, go, go, in a good way of course.  We survived our biggest trip without daddy so far, considering we had never left him overnight at this point, any trip was a big trip.  The kid and I went to Beantown to visit family and friends.  What I’ll let you know is we were there in the middle of a heatwave.  The average temperature during our stay was in the 90’s plus humidity.  Needless to say those days that the temps hit 103 and 107 respectively made me rethink my decision in locations (just kidding), but seriously I don’t recall ever in my life the temps getting so high.  Maybe it is because I’m getting older, maybe it is because I had to keep a toddler entertained but it was even too hot to go to the beach.

Of course the best times were the impromptu times of cupcake baking with Theia, dance party jamming with cousin Peter and snuggling one minute and then jumping on Theio.  The unsuccessful trip to the aquarium that turned into an awesome afternoon of ring around the rosey and hide and seek.  And of course we can’t forget the time spent with yiayia and pappou and all of the delicious ice cream that now she thinks is one of the food groups!  But then on the other hand there were the tears every night when she would ask for daddy to come read to her before bed, or when she’d want him to meet us at the park after work.  A bit tough to explain to your toddler, but regardless of all of that the huge smile and screaming of “BABA” that she showed when we arrived back was something that brought tears to my eyes.  They say that a mother’s love is like nothing else in this world.  Well let me tell you, a little girl’s love for her daddy, is in that same category, at least in my house.

I know I wrote about this back in February when we took a family trip but I was able to survive a flight cancellation, three delays and two gate changes because of my gear.  The Go-Go Babyz Mini Travelmate saved me in the airport.  All I traveled with was our travel car seat and the mini travelmate.  No stroller, no chasing a toddler around the airport through the crowds or lines.  I am in no part affiliated with them but just a lover of their products.  I do want to say that their customer service is also top notch.  I had an issue with my travelmate due to human error (read as I screwed it up).  I entered the tether into the wrong opening making it impossible to get out.  When I called and explained my situation they were able to troubleshoot and sent me out a new piece at a discounted rate and in two days.

In the coming weeks you’ll read  more about some more local adventures we’ve gone on and how you too can join in on the fun. 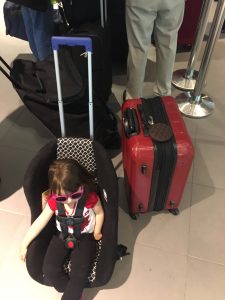 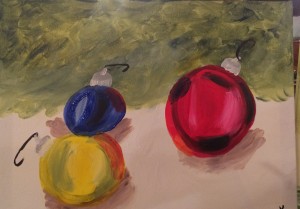