Well the big day is almost here.  Santa Claus arrives at our house tonight and we are ready and waiting.  We’ll be decorating cookies for him later tonight.  We’ll be putting out our reindeer food and leaving milk and cookies (if the kid doesn’t eat them all).  Tomorrow morning we’ll wake up, open our gifts and go to church, before spending time with family. What traditions do you have with your family on Christmas Eve?  I’d love it if you shared with us. 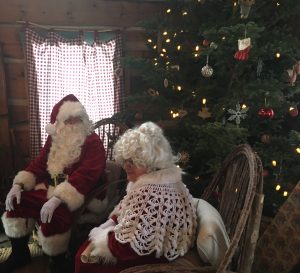 FROM OUR FAMILY TO YOURS
MERRY CHRISTMAS!!
Wishing each of you all that the Season has to offer. 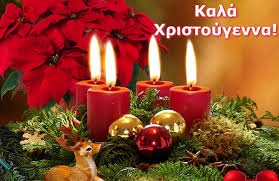 
So it is official, I have a pre-schooler.  Seriously, when the heck did this happen?  Wasn’t it just yesterday that they let us take her out of the hospital and go home with her?  Weren’t we just getting up at all hours of the night feeding and changing diapers?  Well I guess it hasn’t bee as recent as my memory would like it to be.  My little one started pre-school, in case you missed it the last couple of times I wrote it.  I know it is going to be an amazing experience for her, and for me, as I embark on being able to figure out what I want to do next with my life.  She comes home and tells me stories of Miss so and so helping her outside and Miss so and so rubbing her back during nap time.  Seriously, my kid hasn’t napped at home for a year and you got her to nap?!? I say alleluia!! The hard part of all of this isn’t letting her go, well that is a little, but preparing for all of the new adventures she will have without me.  All of the first that may now not happen with me present.  She is growing up into a little lady with a mission to take on the world! 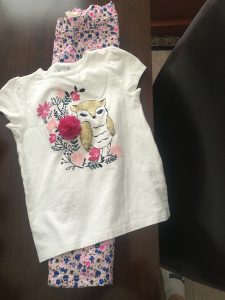 
Well its official my kid is the luckiest of all. She was the one who received the coin in her Vasilopita on New Year’s Day and is granted a year full of luck! A big thank you to my mother in law for making another fabulously yummy vasilopita this year….’για στα χερια σου και του χρονου να σαι καλα!

Our 2016 has started off well. We saw our first bitterly cold days this week, but the sun is still out and the major snow is staying away. I’m not sure what will be happening in April but for now, we’re good. I’m not one who is big on resolutions because I don’t think you should wait for once a year to make them. I believe in setting goals for every day, every week and every month. My goal for 2016 is to be the best that I can be. The best mom, wife, daughter, sister, aunt, etc. I may not always be perfect, let’s be honest who is?  I want to be the best me.  Go big or go home as they say!   What are your 2016 goals? 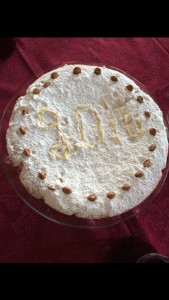 
There are so many funny nuances that you encounter when you’re growing up Greek in America, or in the case of my little one, Growing up Greek in Canada.  From before she was born hubby and I decided that it was important for our child to grow up Greek.  Now I know many people who have raised ‘Greek’ children and they can barely say ‘kahlihmehrra’. I’m not interested in that.  I want my child to say καλημέρα and know where the accent should even go.  The language, the customs, the traditions, this is what it means to be Greek. Celebrating your ονομαστική γιορτή (nameday), celebrating Greek Independence Day by going to the Danforth for the parade in her βασίλισσα αμαλία outfit, celebrating the Ἐπιτάφιο service on Good Friday and the Eσπερινός Αγάπης on Easter Sunday are all events I look forward to attending with the little Miss for years to come.  They wouldn’t be something we think twice about attending.