There are so many funny nuances that you encounter when you’re growing up Greek in America, or in the case of my little one, Growing up Greek in Canada.  From before she was born hubby and I decided that it was important for our child to grow up Greek.  Now I know many people who have raised ‘Greek’ children and they can barely say ‘kahlihmehrra’. I’m not interested in that.  I want my child to say καλημέρα and know where the accent should even go.  The language, the customs, the traditions, this is what it means to be Greek. Celebrating your ονομαστική γιορτή (nameday), celebrating Greek Independence Day by going to the Danforth for the parade in her βασίλισσα αμαλία outfit, celebrating the Ἐπιτάφιο service on Good Friday and the Eσπερινός Αγάπης on Easter Sunday are all events I look forward to attending with the little Miss for years to come.  They wouldn’t be something we think twice about attending.

Well the year of big birthdays has begun.  It actually started a couple of weeks ago with my mom’s (yiayia’s) birthday which I guess in its own way was a big one 🙂  The ones I am referring to are the one year old birthday and the big 4-0!  I shudder to think that I will be turning that number later this year but I find comfort in knowing I’ll be one of the last of my friends to turn that age.  Thank God for a birthday later in the year!

Being Greek and not having a very famous patron saint, my nameday wasn’t a big deal growing up.  Honestly it wasn’t until I was an adult that I found out I had a nameday.  So birthdays were it.  We would always have a celebration.  Some years it was a big party and some years it was a cake with just the family but regardless you always got a birthday card (yes my husband jokes that as an American we keep Hallmark in business and send thank you notes for a thank you note) and usually a gift.  As I got older and especially when I moved to another country the connection around birthdays was even more special.  The fact that people took time out of their busy lives to remember me and my day meant so much.  I guess this is the way I see birthdays in others.  I try and do my best to remember the day and hopefully have sent a card in advance.  Now as I’m about to embark on the year where my little one will turn one they have an even greater meaning.  It is as if you get to relive all of these great memories again, except now you remember them 🙂  Don’t worry I won’t bore you with months of posts on how the plans are coming for Little Miss’ big day but I will share pictures once the time comes.  I just know it was great to be able to start these celebrations off right and look forward to all of the parties ahead.  Bring on the CAKE! 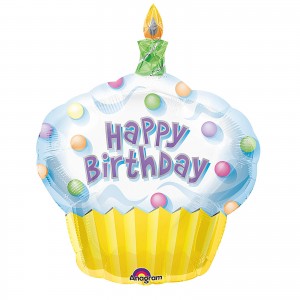 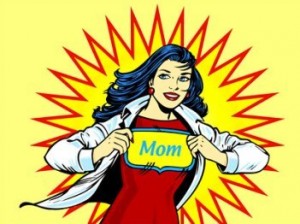 Happy New Year!  Amazingly we entered 2015 with a sense of calmness and peace in our house.  Who am I kidding?!? There was a baby crying, toys thrown all over the floor, music blaring.  Oh wait that was January 1st.  On New Year’s Eve we were all tucked away in our beds by 10:30 and I honestly wouldn’t have had it any other way.I won’t sit here and bore you with my plans for the new year.  Plus no fun in reading it all in advance, you’ll have to wait for it to play out week by week.

The one thing I’ll tell you is my goal is to care.  I guess I should explain.  Of course I care about my family, friends, etc., but I need to stop caring about the fact that they breakfast dishes aren’t done and put away by 10am (or at least that’s what my hubby tells me 🙂 ).  I have to care less that the beds aren’t made and that there are toys across the living room floor.  That is my goal not only to myself but to my little girl.  Crazy to believe in a few months we’ll be celebrating a birthday and yes the planning has begun.  I want to take these last few months before the big 0-1 and cherish them even more.  So if you come to my house and find some crumbs from the apple, spinach, banana muffin I baked for my LO, or if you see the coffee mugs still in the sink at 1:00pm, I’m sorry.  I was too busy getting hugs and kisses from my little one to notice.

Wishing you all a great 2015.  Remember this is not a dress rehearsal so make today count!! 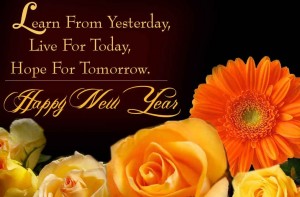